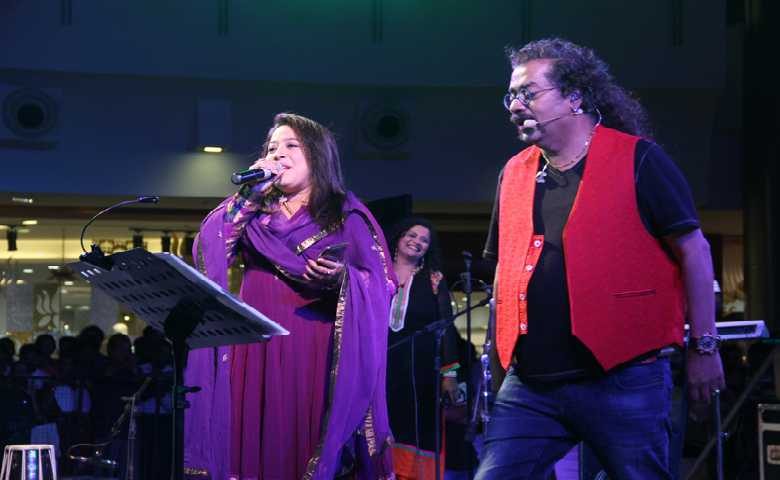 Melodious Musical Night With the Songs of Singer Hariharan

A small sleepy town in Kottayam was recently witness to a musical night filled with melodies by the noted ghazal and playback singer Hariharan. The concert was held at the grounds of the Baselios College and was well attended by music lovers. The concert entitled “Sympathy of Empathy” was held in an effort to raise awareness about childhood diseases due to lack of early intervention. Hariharan was accompanied by several other talented musicians including Pandit Ravi Chari Manoj George and so on. The Arts Foundation Kottayam or the AFK entrusted the organization of the event to one of the top Event Management Companies in the country. Hariharan is a well renowned singer who has been in the news recently for a huge honour according to https://economictimes.indiatimes.com/magazines/panache/singer-hariharan-to-compose-theme-song-of-national-games-to-be-held-in-kerala/articleshow/45035846.cms . Hariharan performed at the musical concert with his troupe. He has been experimenting recently with a new concept of music and gave the music lovers at Kottayam a quick glance into his latest renditions which included a symphonic kind of orchestra.

With Maestro Ravi Chari playing the sitar, talented Manoj George playing the violin, Mozart’s symphony and Hariharan’s magical voice, it was a night to remember for the people who were lucky enough to be able to attend the concert. The tickets to the show were sold out well in advance. The event management organized the concert beautifully without any obstacles or hitches in between. In fact, the AFK has stated that they will be approaching the same event management company for another upcoming event.

Hariharan spent a little time ahead of the concert interacting with music lovers and his fan at the local press club.

Some of the questions raised by his fans included asking his option about the latest trends in music in the Malayalam industry. This was in reference to the craze over the song “Jimmiki Kammal” all over the state. Hariharan replied magnanimously that music is always in a state of evolution. Every trend is a part of this, and it is the successful trends that manage to continue for a longer duration of time. IF a trend manages to capture people’s attention for a longer time, it establishes the power of that particular musical trend, causing it to give rise to further evolution of music as a whole. Hariharan also mentioned that he had noticed most of the new songs today are sung with a high pitch, indicating the frustration and stress felt by the current youth. He requested his fans to try winding down with calmer music to help feel more relaxed and thereby perform better in other arenas of life as well.

AFK also conferred the lifetime achievement award on Gokulam Gopalan, who is the chairman of Sree Gokulam Group of Companies. The AFK is thrilled with the success that this concert achieved. This has encouraged them to make it an annual event in order to expose the people of the town of Kottayam to more music and art events. This piece of information has thrilled the music lovers in Kottayam to no end indeed.